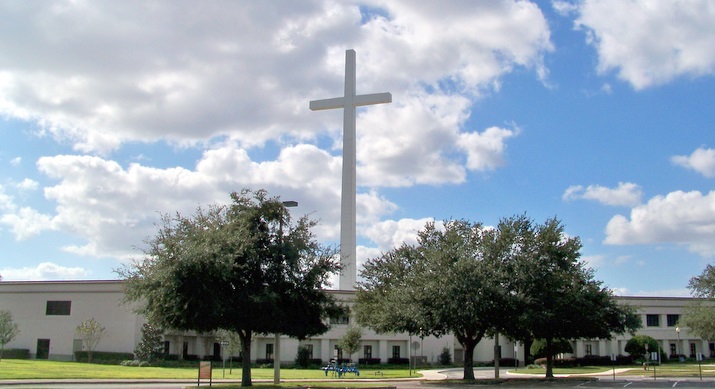 This cross is located on the 45 acre campus of the "First Baptist Church of Central Florida," in West Orlando.

A recent Sunday afternoon visit found children playing basketball in the outside courts, and the cross majestically nestled among the trees and the beautiful church campus. 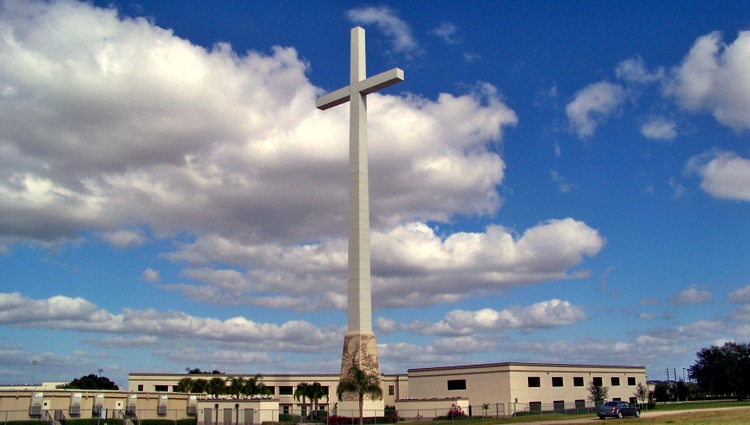 At 199 feet the tall central Florida cross is assumed to be the 2nd tallest cross in America, the tallest being the "St. Augustine Tall Cross" in St. Augustine, FL at 208 feet tall. 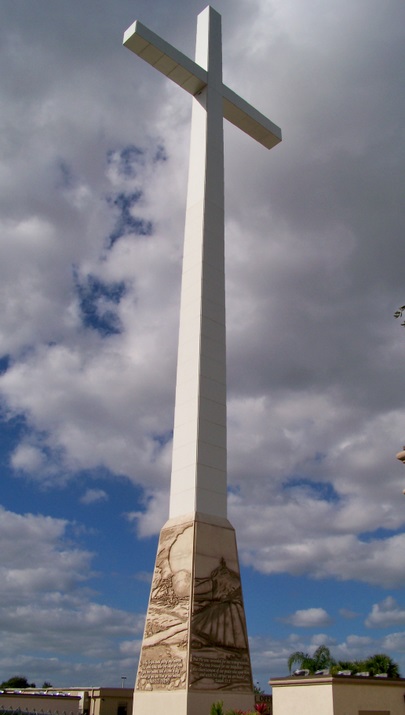 One can only reflect upon the price our Lord and Savior paid for us,

"The Base of the Cross" 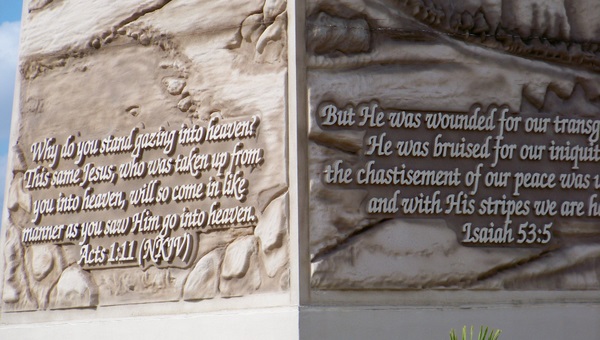 The base is approximately 30 feet high. It was beautifully sculpted from resin then covered in urethane. On each side of the base is a bible scene, painted by David Shows, depicting "The Sermon on the Mount;" "The Crucifixion;" "The Empty Tomb;" and "The Ascension."  There is room at the base for special services.

Construction of the cross was  met with opposition from various zoning boards, Commissions, nearby communities, and even local residents. This caused a number of delays, but was completed in 2008.

The "Tall Central Florida Cross," was built by the Headrick Company from Laurel, Miss. It is a beautiful creation and makes a great visit.

Other crosses in the "almost as tall" category are the "Effingham Cross" in Effingham, Ill which is only one foot shorter at 198 feet: also the "Groom Texas Cross" in Groom, Texas at 190, each of which; although not as tall, because of their massive structure and surroundings, are sometimes referred to as "the biggest cross in America," (but not in the world). For instance, the Millennium Cross, located on a tall mountain in Skopje, Republic of Macedonia, is 216.5 feet tall, and there are others much taller.